Lots of paving stone roads.
Sun and above twenty degrees centigrade.
Karl Marx – Das Kapital; bought it in its original language.
The Old Bank – a really nice guest house.
Admitted – I was a bit pissed part of the day (until we reached The Old Bank).
Off topic; I sold my car and got my money;-)
The waiter; once Sassnitz had twenty thousand inhabitants, now many have left because there is no work. 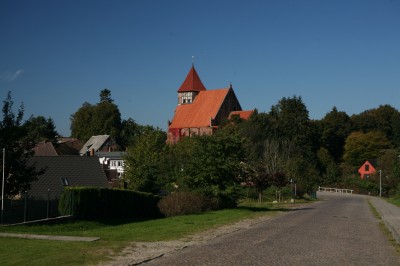 Those were the sentences for today’s leg however I will add some more words on German bicycle culture and bicycle roads – that is I will probably most of all say something about the latter. If you want from A to B in Germany most likely there will be some kind of designated path for bicycles – if you can find it. If you can figure out on which side of the road you should drive or where the bicycle lane actually will take you? And if it will take you where you need – in which state will the path be in?

From A to B goes superb German high-quality road X, but on this road you are not allowed to drive – but this can sometimes be guesswork until some drivers begin using the horn at you. Remember here that German’s are extremely polite unless you break THEIR rules. Okay, you want to go fast from A to B, but you cannot take the combustion engine road X, so it is nice that you have a bicycle road or is it.

NO, because the bicycle road is likely to be substantial longer and your zig-zagging from A until B will most likely punish you with paving stones, gravel roads or some concrete slaps laid out on the surface in an uneven pattern. Conclusion; you do not go anywhere fast and you get pissed while dreaming about the main road X.

The basic idea; bicycles lanes must be as good as any other road! 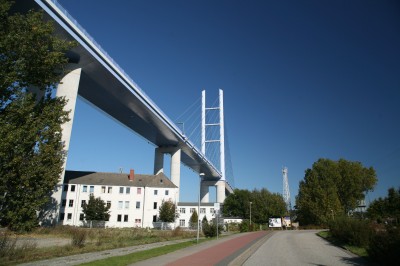