Fact is that the centre of Kaliningrad around House of the Soviets and Hotel Kaliningrad is very discouraging for ones eyes, however after a tour of the city we found that the north-western part of the city looks much nicer and more in line with other big cities in Russia. We also had a small walk around parts of the remaining earth mound and access gates, which were now used for various commercial activities or museums.

Of more cultural activities we paid a visit to the Bunker Museum, which was a small bunker complex built by the Nazies during the last hours of Second World War just behind our hotel (see below). Here seven meter below the ground the Nazi military command led the Nazi defence of Kaliningrad. It was not a success and the commander in chief was later forced to capitulate by a Soviet envoy in the exact same bunker. And so it happened the battle for Kaliningrad was over and left was only the ruins of a once magnificent city. 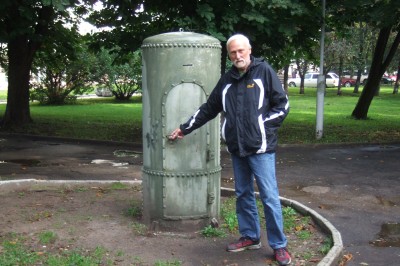 By the embankment of Kaliningrad we went under the sea scout into the diesel-electric submarine B-413 which had a crew of eighty mariners before it was decommissioned in 1999. I cannot remember I have visited a submarine before and both me and my dad were impressed by all the gadgets and instruments hanging and every square meter of the wall. Also we were not really used to climb through the small hatches between the sections of the submarine – I guess real mariners would have laughed at us:-) 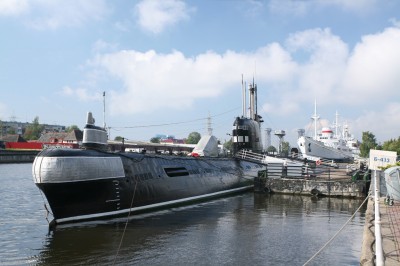 Tomorrow we will leave Russia for good on this trip and go to Elblag in Poland.

Status so far is that we have biked 1280 kilometres which means that we are approximately halfway to Esbjerg:-) 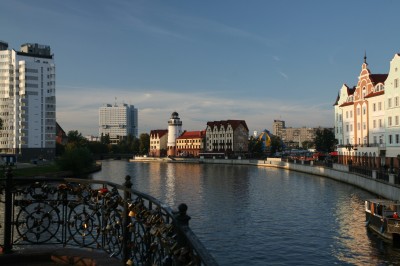 Above; the House of the Soviets can be seen as the big box building on the left of the lighthouse.